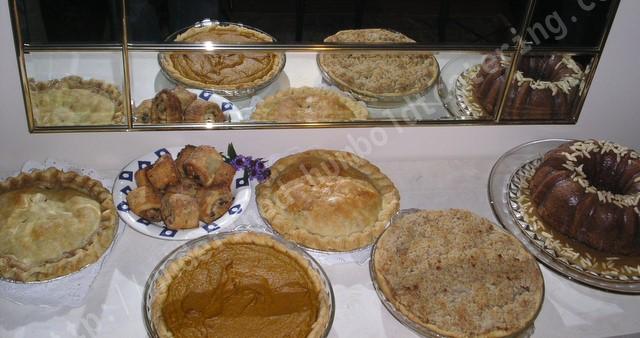 Cooking for Holiday or Party Buffets


A popular way to celebrate holidays or any party occasion is to invite friends and family to a buffet. However, this type of food service where foods are left out for long periods leave the door open for uninvited guests -- bacteria that cause foodborne illness. Festive times for giving and sharing should not include sharing foodborne illness. Here are some tips from the USDA's Meat and Poultry Hotline to help you have a SAFE holiday party.


Foodborne Bacteria
Bacteria are everywhere but a few types especially like to crash parties. Staphylococcus aureus, Clostridium perfringens and Listeria monocytogenes frequent people's hands and steam tables. And unlike microorganisms that cause food to spoil, harmful or pathogenic bacteria cannot be smelled or tasted. Prevention is safe food handling.

If illness occurs, however, contact a health professional and describe the symptoms.

Staphylococcus aureus
Staphylococcus ("staph") bacteria are found on our skin, in infected cuts and pimples, and in our noses and throats. They are spread by improper food handling. Prevention includes washing hands and utensils before preparing and handling foods and not letting prepared foods -- particularly cooked and cured meats and cheese and meat salads -- sit at room temperature more than two hours. Thorough cooking destroys "staph" bacteria but staphylococcal enterotoxin is resistant to heat, refrigeration and freezing.

Clostridium perfringens
"Perfringens" is called the "cafeteria germ" because it may be found in foods served in quantity and left for long periods of time on inadequately maintained steam tables or at room temperature. Prevention is to divide large portions of cooked foods such as beef, turkey, gravy, dressing, stews and casseroles into smaller portions for serving and cooling. Keep cooked foods hot or cold, not lukewarm.

Listeria monocytogenes
Because Listeria bacteria multiply, although slowly, at refrigeration temperatures, these bacteria can be found in cold foods typically served on buffets. To avoid serving foods containing Listeria, follow "keep refrigerated" label directions and carefully observe "sell by" and "use by" dates on processed products, and thoroughly reheat frozen or refrigerated processed meat and poultry products before consumption.

Safe Food Handling
Always wash your hands before and after handling food. Keep your kitchen, dishes and utensils clean also. Always serve food on clean plates -- not those previously holding raw meat and poultry. Otherwise, bacteria which may have been present in raw meat juices can cross contaminate the food to be served.

Cook Thoroughly
If you are cooking foods ahead of time for your party, be sure to cook foods thoroughly to safe minimum internal temperatures.
Use Shallow Containers
Divide cooked foods into shallow containers to store in the refrigerator or freezer until serving. This encourages rapid, even cooling. Reheat hot foods to 165Â°F. Arrange and serve food on several small platters rather than on one large platter. Keep the rest of the food hot in the oven (set at 200 - 250Â°F) or cold in the refrigerator until serving time. This way foods will be held at a safe temperature for a longer period of time. REPLACE empty platters rather than adding fresh food to a dish that already had food in it. Many people's hands may have been taking food from the dish, which has also been sitting out at room temperature.

The Two-Hour Rule
Foods should not sit at room temperature for more than two hours. Keep track of how long foods have been sitting on the buffet table and discard anything there two hours or more.

The information on this site was produced by the USDA and compiled by the site owners, who are not responsible for accuracy or completeness. Site design (c)2007 humboldtcatering.com

This domain and web site may be for sale!